She is more precious than jewels and nothing desired can compare with her. Long life is in her right hand; in her left hand are riches and honour.

Her ways are ways of pleasantness, and all her paths are peace.1 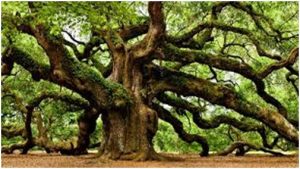 She is a tree of life – Etz Chaima – to those who lay hold of her; those who do so find great happiness.

Introduction to Wisdom Literature b

Wisdom literature played a pivotal role in answering everyday questions. It pondered life in the here and now, how to live well on a daily basis. Lessons consisted of simple observations and moral exhortations. It was left to other aspects of Scripture to explore revelation and G-d. There was little interest in history, politics, miracles, sin, forgiveness, guilt, or an after-life. These were not discounted but the focus was anthropologically centred, concerned primarily with societal order and stability.3

Wisdom did not appeal to revealed truth or address life from a divine perspective, but in light of human needs. It gave expression to the way things are and was thus descriptive not prescriptive. A demand to deal with complex issues defined it as reflective, rational and knowledge based. Concerned with determining the correct path in life, wisdom has often been described metaphorically as the “two ways” – right or wrong! 5

Wisdom was not the sole domain of one people, although in the Israelite tradition a commitment to G-d was always assumed .6 The ancient Israelites took seriously the confession in Genesis that all of creation was good; there was no hint of evil as in Greek thought. The will of G-d existed in all material manifestation and awaited discovery. It was the responsibility of humankind to discern such principles through the medium of natural law and to live according to the revealed truths therein. Thus, in this instance, science took precedence over religion: reason over faith.

The Books of Wisdom

Three books are usually classified as Wisdom Literature in the Hebrew canon: Proverbs, Job and Ecclesiastes. In addition, the counsels in Tobit [4: 3-21; 12: 6-13] and the poem in Baruch [3:9-4:4] could be included. Also, there has been considerable discussion of “wisdom” influence on other books, such as the Joseph story [Gen 37-51], Deuteronomy, Amos, and Esther.

Wisdom Literature exhibits an international flair with the appearance of non-Israelites, such as Agur and Lemuel [Prov. 30-31] and Job with Eliphaz, Bildad and Zophar [Job 2: 11-13]. It compares Solomon’s wisdom to that of Egypt [1 Kings 4:29-34 {5; 9-14}] and other literature such as the Instruction of Amenemope.

Wisdom can be described according to kinds:

Experiential – the broadest and most common category: a human response to the environment and an attempt to understand and cope with it. Successful insights are captured in pithy sayings – Pride goes before a fall – [Prov 16:18; 18:12] so as to reflect the reality of life;

Theological – the sages reflected more intensely on the nature of wisdom [Prov 8; Sir 24].

Wisdom in the Book of Proverbs

Along with Job and Ecclesiastes, the Book of Proverbs raises questions of values, moral behaviour, the meaning of human life, and righteous conduct. The three books retain an ongoing relevance to contemporary society: Job and Ecclesiastes through the boldness of dissent from received tradition, Proverbs in its worldliness and satiric shrewdness. Wisdom is as close as Biblical literature comes to Greek philosophy, of which it was a contemporary. It shares with the Greeks an inquiry into values and reflections on the human condition, although there is no discussion of ontology,a epistemology,b metaphysics,c and the other abstract issues raised by the Greeks. The tone of Proverbs is strikingly universalistic throughout, a premise echoed in the Book of Job. Its teachings are applicable to all, are true of life in general, and are not the sole domain of any particular people or land. 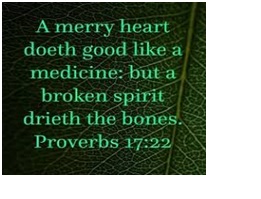 In conformity with the design of Hebrew poetry, aphorisms are distinguished by the employment of parallelisms:

a] Synonymous – second clause repeating the thought of the first in different words: the evil bow before the good, and the wicked at the gates of the righteous.8

b] Antithetic – second clause presenting a contrast to the first. By far the most common form: A merry heart is a good medicine – a broken spirit dries the bones.9
c] Synthetic – second clause continuing thoughts of the first: Love not sleep, lest thou come to poverty – Open thine eyes and thou shalt have bread in plenty.10

Another frequent form which the aphorism takes is in agreement with the root-meaning of mashal – ‘to resemble’. The point of the lesson is made clear by the use of the comparison: A word fitly spoken is like apples of gold in settings of silver.11

Rationale behind the Book of Proverbs

The first obligation on the part of every individual is to seek and obtain a knowledge of wisdom, and the raison d’etre of Proverbs is to provide instruction in such endeavour. Once embraced, this learning should become the moral compass of all subsequent behaviour in life.

To know wisdom and instruction To comprehend the words of understanding

To receive the discipline of wisdom Justice, and right, and equity

b. Wisdom Literature – The Bible provides evidence that three classes of teachers existed in ancient Israel. They are mentioned in Jeremiah12 and Ezekiel. 13
They said, “Come, let us make plans against Jeremiah; for the teaching of the law by the priest will not cease, nor will counsel from the wise [chacham], nor the word from the prophets.”
Calamity upon calamity will come, and rumour upon rumour. They will go searching for a vision from the prophet, and priestly instruction in the law will cease, and the counsel of the elders [zekenim] will come to an end. The priest had the duty of providing the community with instruction [Torah] in the practices of religion, in the narrower connotation of the term [cf. Mal 2:7]. The function of the prophet was to communicate to the people the divine word or vision which he had received. In addition, there were the ‘wise’ or ‘elders’ who imparted counsel, guidance in the secular affairs of life.

c.  Ontology – introduced in 1606 – is the philosophical study of the nature of being, becoming, existence, or reality, as well as the basic categories of being and their relations. Ontology is concerned with the question “What is there?

d.  Epistemology – King James VI of Scotland personified this philosophical concept as Epistemon in 1591 – studies the nature of knowledge, justification, and the rationality of belief. Much of the debate in epistemology centres on four areas:

Epistemology is concerned with the questions “What do we know?” and “How do we know it?”

e.  Metaphysics continues to ask “why” where science leaves off. It seeks answers to abstract form.
Metaphysics is concerned with the question “What is it like?” 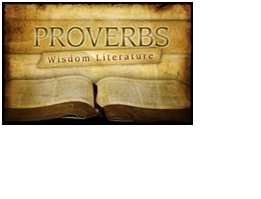